Action Is Needed to Keep Smoking Rates Low in Ethiopia 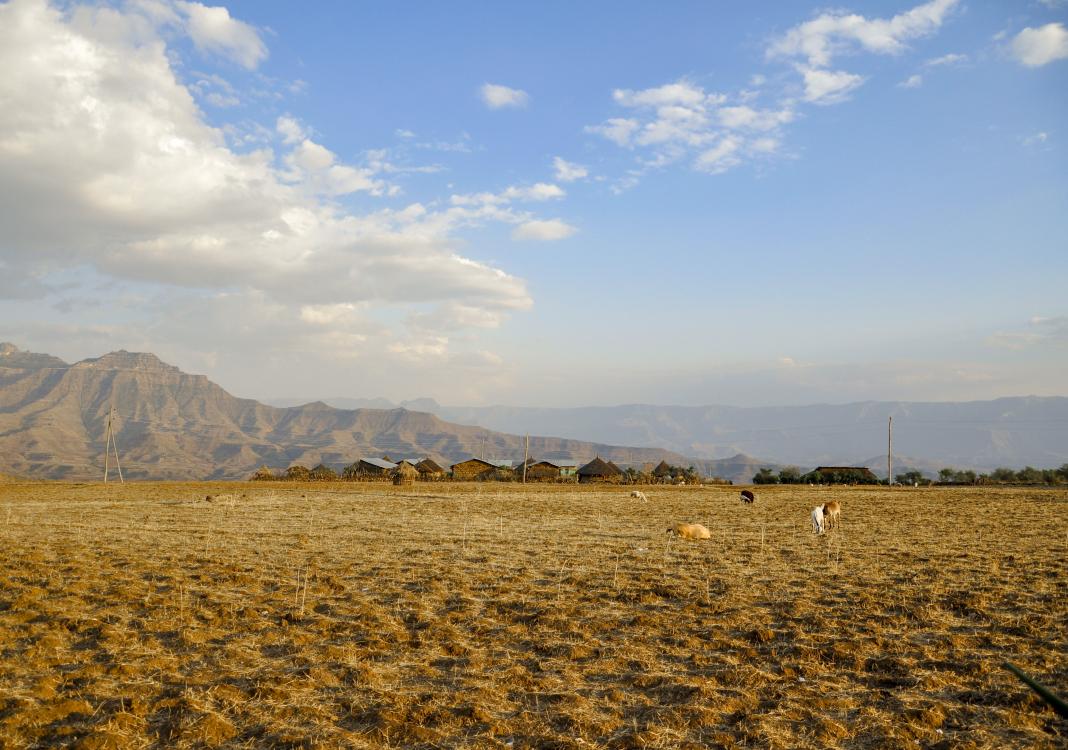 Tobacco use is the leading cause of preventable death and disease in the world, resulting in about 7 million deaths annually. While tobacco use in sub-Saharan Africa has stayed relatively low, consumption is rising as tobacco companies seek new markets for their products and grow their consumer base. The relatively low prevalence of tobacco use in sub-Saharan Africa presents a unique opportunity to curb the tobacco epidemic in the region and prevent its harmful consequences. To better understand the scope and nature of the tobacco use epidemic, the CDC Foundation is collaborating with the Centers for Disease Control and Prevention (CDC), the World Health Organization (WHO) and global partners to implement the Global Adult Tobacco Survey (GATS).

A CDC Foundation grant from the Bill & Melinda Gates Foundation supports GATS in the African region. The four-year grant aims to build and enhance tobacco use surveillance and research capacity in sub-Saharan Africa by producing nationally representative data to track tobacco use and trends across the region. Ethiopia released their GATS results in late October as part of the grant.

According to GATS data, 3.2 million Ethiopians use tobacco today. Tobacco use causes devastating health and economic consequences by killing up to half of all lifetime users. Also, results from the survey show that nearly a third of adults who work indoors are exposed to secondhand smoke. 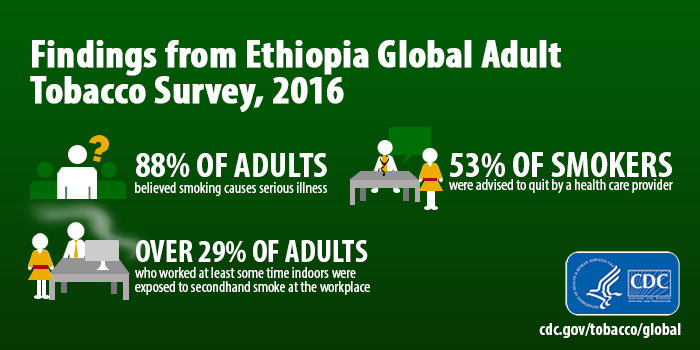 The current smoke-free law in Ethiopia offers designated smoking areas in certain public places, despite evidence that such areas don't protect non-smokers' exposure to the dangerous effects of secondhand smoke. There's no safe level of secondhand smoke, which leads to diseases such as lung cancer, heart disease and respiratory disease. Additionally, cigarettes in Ethiopia are still affordable, with a pack of cigarettes costing well below the equivalent of one United States dollar. Increasing the price of tobacco through taxes is the most effective method for reducing tobacco use—especially among youth and low-income families.

The Ethiopian government is working to enact evidence-based policies to reduce tobacco use and save lives. Enacting and carrying out policies outlined in the WHO MPOWER policy package will significantly serve efforts to reach Ethiopia's goal of reducing tobacco use by 30 percent by 2020.

The CDC Foundation and CDC Global Tobacco Control Branch are pleased to work with global partners to reduce the harmful consequences of tobacco use and improve the health of people in sub-Saharan Africa. 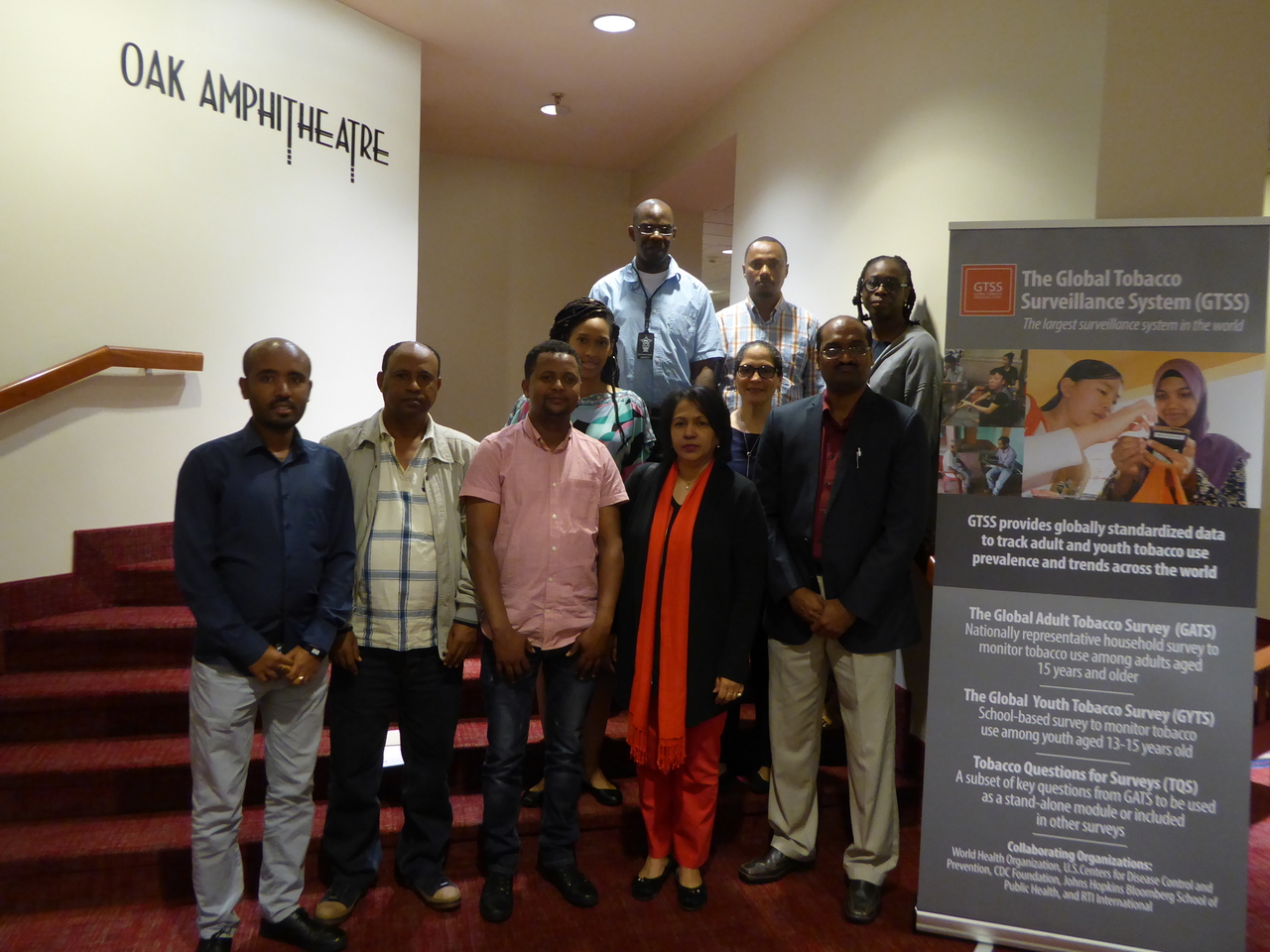 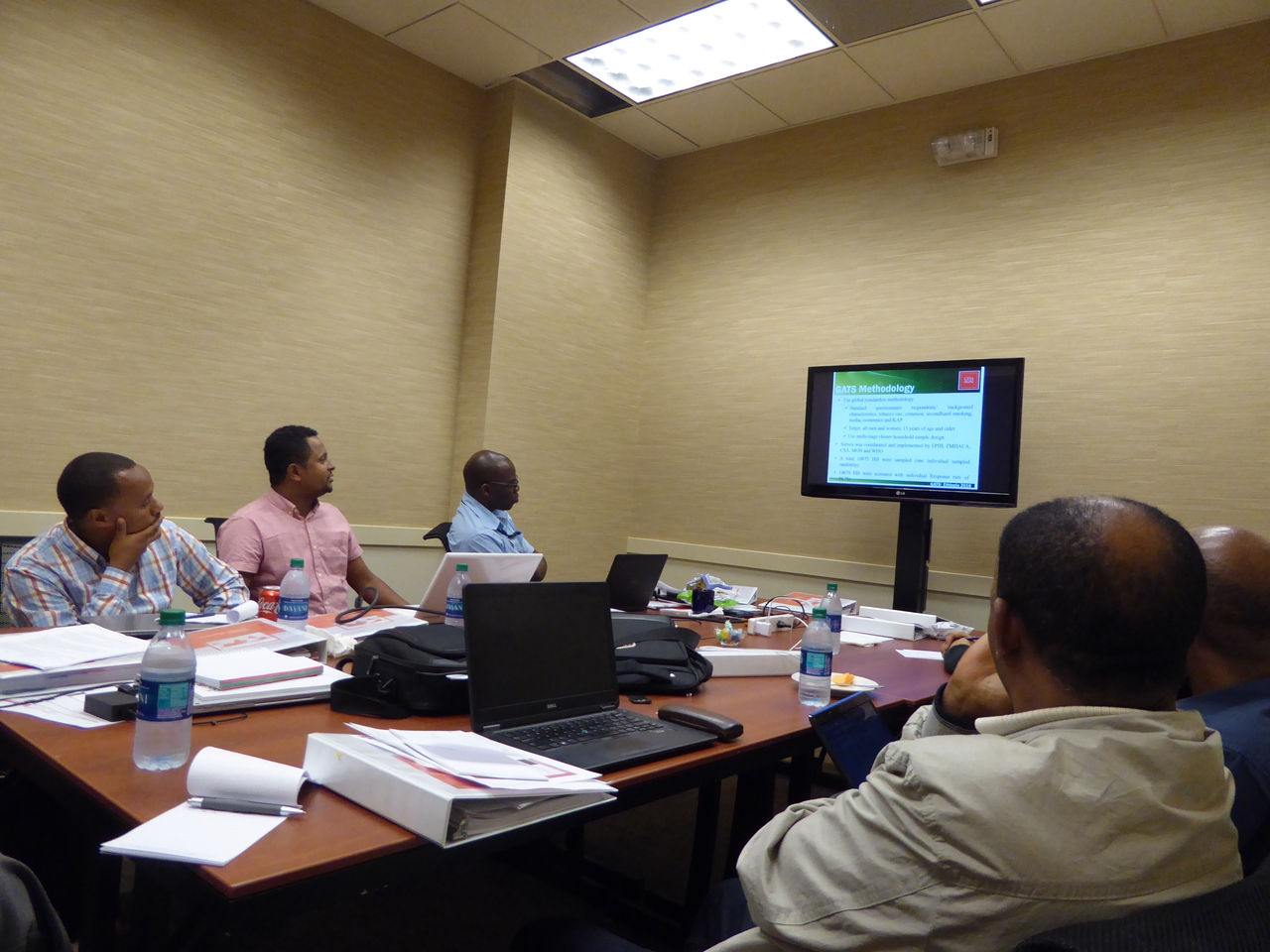